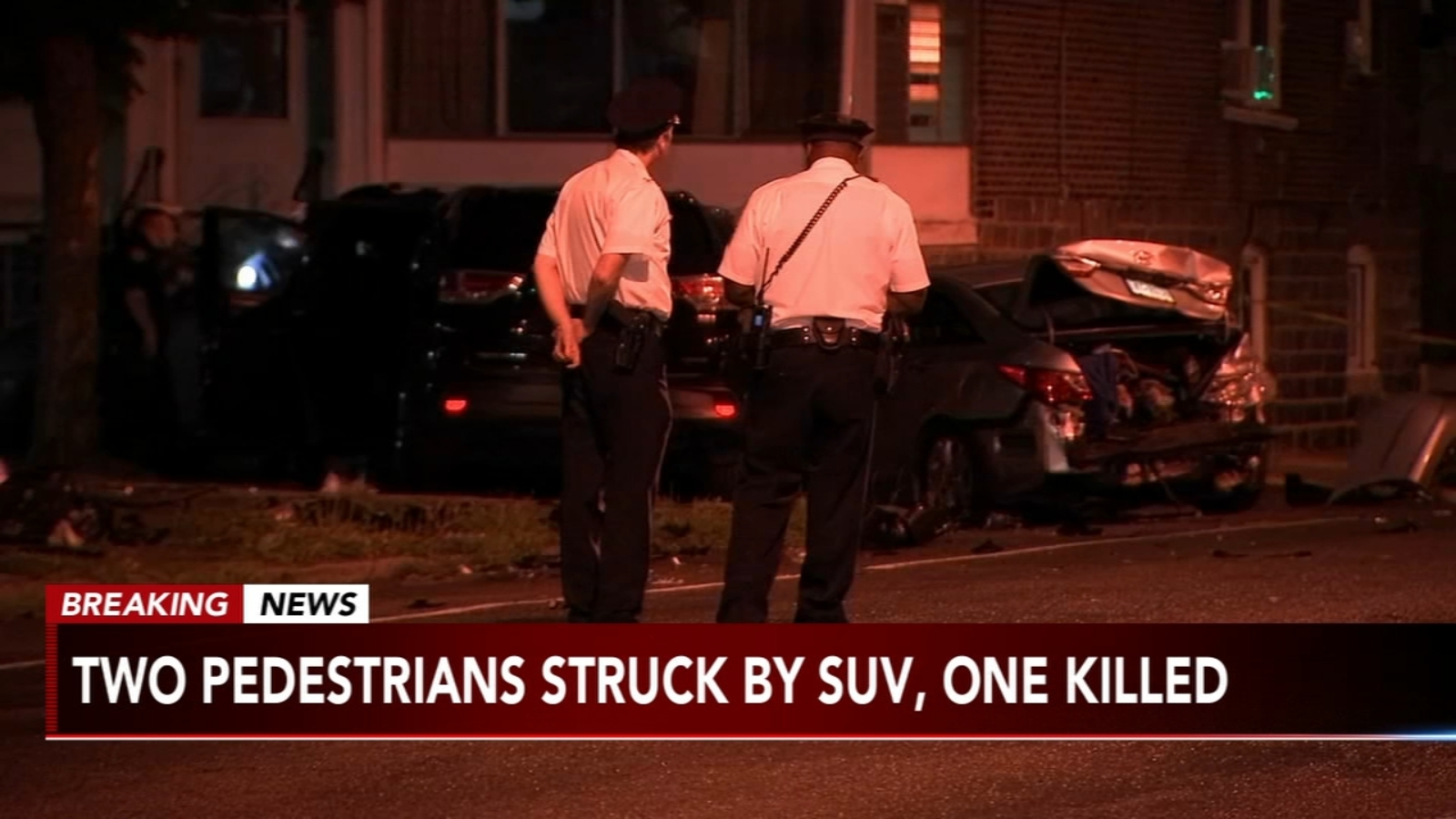 PHILADELPHIA (WPVI) — A 16-year-old was killed after being struck by an SUV being driven by a half-naked man in West Philadelphia late Wednesday night, police said.

Investigators said the 27-year-old suspect was possibly impaired and behind the wheel of a stolen Toyota Highlander when he hit the teen and a 20-year-old man around 11 p.m. in the area of North 44th and Parrish streets.

One of the victims was dragged about 100 feet, according to police.

Police said the 911 calls came flooding in with reports of an accident with injuries.

Officers later learned the Highlander was reported stolen in Cheltenham Township shortly before the crash, around 10:15 p.m.

The impact left the 16-year-old with severe trauma to his entire body. The teen was taken to Penn Presbyterian Medical Center where he was pronounced dead.

Investigators said the driver was still behind the wheel when they arrived.

Small said investigators are awaiting the results of a toxicology report.

The driver is also accused of crashing into three parked cars along the 800 block of N. 44th Street after striking the two pedestrians.

The bumper flew off of a car and the trunk was smashed in following the impact.